Enter text
Thank you for contacting us! If needed, you will hear back within 48-72 hours. 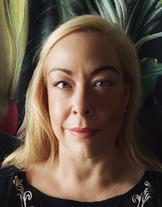 I love the art and craft of filmmaking, with particular attention to underrepresented stories, characters and filmmakers. I have a vast career in development, production and film festival programming that speaks to that love, as well as a more recent background in podcasting that… well, quite literally speaks to that love.

I’ve produced three feature films, one TV pilot and countless short form projects, including award winning festival shorts, webseries and music videos. My background in large scale event production enables me to be comfortable in fast-paced environments that require clear and constant communication with multiple stakeholders. I am equally adept at working with story, characterization, casting, and editing as I am pulling together a production team and overseeing budget, schedules, and logistics.

I have over a decade of experience in tracking and sourcing material for feature films (pitches, scripts, outlines, intellectual property), working with filmmakers to hone screenplays, discovering new filmmaking talent, and fostering relationships with filmmakers and industry executives. I am familiar with and continually pursuing a wide range of media (longreads, novels, documentaries, international films, video games, music videos, comics) for content and new talent.

I have been a festival programmer for almost twenty years, with a focus on first time directors. I’ve been dedicated to growing an impressive roster of film and filmmaker discoveries. I was instrumental in programming the first works of filmmakers like Lynn Shelton, Sean Baker, Jeremy Saulnier, Tina Mabry, Seth Gordon, Bong Joon-ho, and Jon M. Chu. Programming provides me with a sharp eye at recognizing talent and identifying films that satisfy specific audiences and organizational missions.

We should work together. Shoot me a message today!